Hollywood favors “falling in love” stories rather than “staying in love” stories. Healthy, long-lasting marriages are far too often viewed by Tinseltown as dramatically stale, but there are exceptions to this rule. Below are 20 of my favorite  cinematic depictions of what it takes to make love last. Click on the titles to buy the films, and enjoy!

A BEAUTIFUL MIND: This 2001 Best-Picture winner finds Russell Crowe and Jennifer Connely supporting each other through dangers and mental illness.

BIG FISH: Tim Burton’s eye-catching family drama, with one foot in reality and the other in fantasy, has a terrific portrayal of marital fidelity, with a couple entering their golden years with a life full of memories and an attitude of cherishing each other.

DRAGON- THE BRUCE LEE STORY: The life of the martial arts legend makes for a grand romantic drama, as Bruce and Linda Lee endure poverty, interracial prejudice, crippling injury, and the stresses of of fame together.

ENCHANTED: Okay, this is cheating a little bit, because this is a “falling in love” story, but worth including because of its emphasis on striking a balance between romance and realism, and for showing that new healthy relationships are attainable after a divorce.

FATHER OF THE BRIDE (PARTS ONE AND TWO): These winning Steve-Martin/Diane Keaton family comedies find the pair coping with the strains and joys of parenthood (and grand-parenthood) together.


GUESS WHO'S COMING TO DINNER– Classic film about an interracial engagement. It portrays the parents of the bride overcoming their prejudices by recognizing that their daughter has found, for herself, the deep abiding love which they themselves share.

HIS GIRL FRIDAY– Cary Grant stars as a reporter trying to win back his wife in this screwball comedy, with some of the fastest, wittiest dialogue ever put to screen.

THE INCREDIBLES: This Pixar/Disney collaboration is a surprisingly insightful examination of marriage, carefully disguised as a superhero action adventure.

IT'S A WONDERFUL LIFE: Movies don't get any better than this. The Bailey's marriage endures numerous trials and tribulations, but comes out stronger for it.

JOHN ADAMS: HBO miniseries shines a light on the lifelong dedication and affection between U.S. President John Adams and his strong and intelligent wife Abigail.

JULIE AND JULIA: Depicts the true story of cooking guru Julia Childs, whose husband supported and adored her. 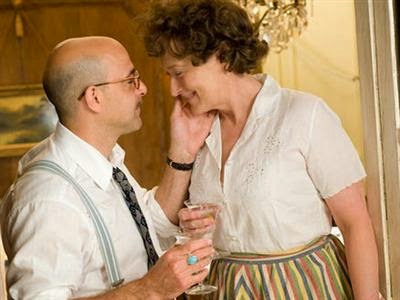 LIFE IS BEAUTIFUL: This sweet and powerful Italian film is a rarity: a heartwarming film about the Holocaust. Roberto Benigni and real-life wife Nicoletta Braschi star as loving parents who fight to give their family hope during World War II. 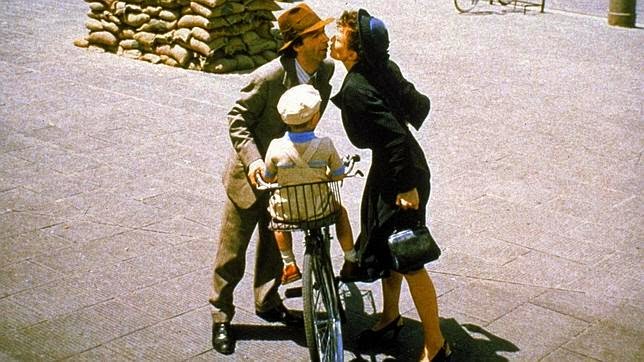 PATRIOT GAMES/CLEAR AND PRESENT DANGER: These political thrillers show CIA analyst Jack Ryan (Harrison Ford) and his surgeon wife (Anne Archer) supporting each other and raising children in times of danger and uncertainty.


THE ‘ROCKY' SERIES: The tenderness and strength Rocky and Adrian give to (and get from) each other never ceases to inspire. 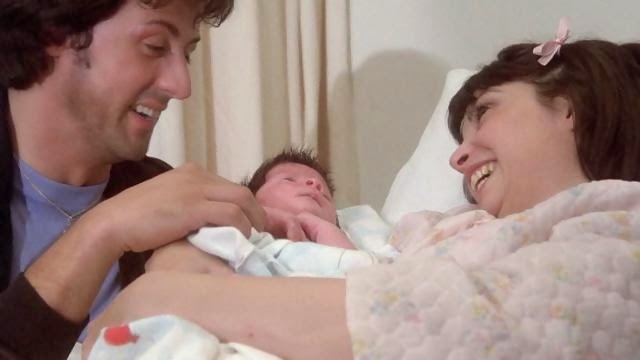 SERENITY / FIREFLY: This sci-fi favorite from Avengers writer-director Joss Whedon has one of my favorite fictional married couples: goofy pilot Wash and his mercenary wife Zoe. The film (Serenity) has less time to focus on this than the Fox TV show (Firefly) which preceded it, but the pair's dedication to each other is constant across both.

Whedon's biography gives this insight: “‘Rather than playing out every little romance in its infancy the way shows usually do, I thought it would be nice to show a happily married couple, who would have their fights and their troubles, but would stay married.” But when Fox executives were deciding whether to pick up the series, they saw a stable marriage as dramatically limiting, and they pushed him to break up the couple. “The last thing that Fox said was, ‘We will pick up the show, but they can't be married.' And I said, ‘Then don't pick up the show, because in my show, these people are married. And it's important to the show.'”

SHADOWLANDS: True story about Christian author C.S. Lewis standing by his wife as she fights terminal illness is a tearjerker of the best kind. 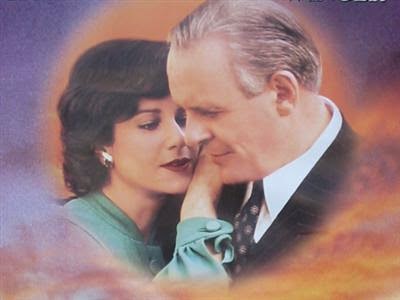 THE ‘THIN MAN' SERIES– These classic comedy-mysteries about a married private eye team are known for dazzling chemistry and witty one-liners. Great stories about a couple with shared interests.

UNBREAKABLE: M. Night Shyamalan’s underrated “realistic” superhero thriller has brilliantly understated performances by Robin Wright Penn and Bruce Willis as a married couple who have drifted apart. Their story is the emotional backbone of the film, providing poignantly real heartache, as well as the undercurrent of hope that they can find their love for each other again.

UP: The first seven minutes may be the best cinematic depiction for happy marriage ever, and it colors everything that follows.

WORLD TRADE CENTER: Also under-seen, Oliver Stone’s true story of two policemen trapped in the towers on September 11th, and the wives who love them, is nothing short of inspiring.

Never miss an article or review! Join our Your Family Expert Facebook group and like our page!

Why Do Some Spouses Cheat (Even When They Say “I Love You?”)

Healing from Betrayal Trauma in Your Marriage

Your Partner Betrayed You. Should You Be Done?

Your Spouse Had an Affair. Now What?