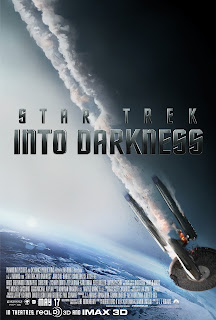 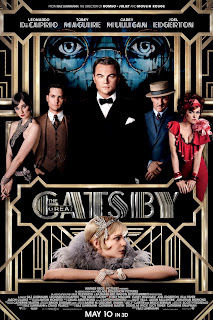 I've got two high-profile reviews for you today. First is the sequel Star Trek Into Darkness, the follow-up to the acclaimed series reboot from director J.J. Abrams (Super 8). The second is The Great Gatsby, a visually-stunning adaptation of the classic F. Scott Fitzgerald novel by director Baz Luhrmann (Moulin Rouge). Are they appropriate for you and/or your teenagers? What Gospel truths do these films teach? Are they any good? Read on to find out! If you like the site, please share it with your friends and consider supporting it by purchasing from the ads below. 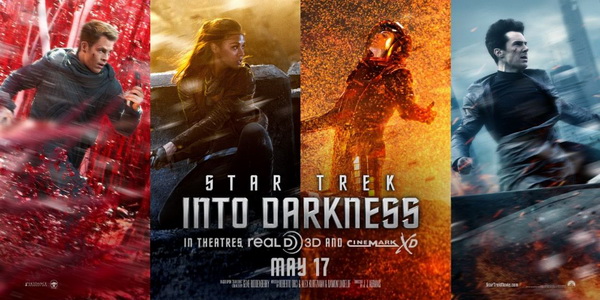 In 2009 director J.J. Abrams and his talented team did something once thought impossible: they made Star Trek cool. Long believed to be a “geeks-only” franchise, the new Trek lured mainstream audiences into theaters promising nonstop action and an attractive young cast; it delivered on those promises, but was also true enough to the source material to help newcomers realize that the Star Trek universe has a rich history of interesting characters, smart storytelling, and profound philosophical explorations. 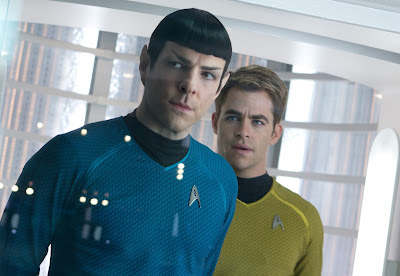 Abrams doesn't stray far in this sequel from the directorial style he established in the first film. If it ain't broke, as they say, don't fix it, although the excessive lens flares continue to distract occasionally. While the movie looks and feels much like its predecessor, it does what a great sequel should do: stakes are raised, action takes on a grander scale, and the characters grow in fascinating and emotionally satisfying ways. Those who found Kirk too arrogant in the first movie will appreciate his arch here, though he retains his smarmy charm. With so many characters, the film wisely focuses on Kirk (Chris Pine, Unstoppable), Spock (Zachary Quinto, TV's Heroes and 24), Uhura (Zoe Saldana, Avatar and Colombiana), and villainous John Harrison (Benedict Cumberbatch, War Horse and TV's Sherlock), though the supporting players are all well-utilized.

Cumberbatch's much-advertised performance lives up to the hype, Michael Giacchino's musical score impresses, and the effects are marvelous. With so many twists in the plot (some predictable, others not) the film at times doesn't slow down enough to let it all sink in, though thankfully key character scenes are given time to breathe for maximum emotional impact. Funny, thrilling, and moving, Star Trek Into Darkness is a worthy follow-up to the first film and a promising indication of what Abrams is capable of with Star Wars Episode VII, arriving in 2015. 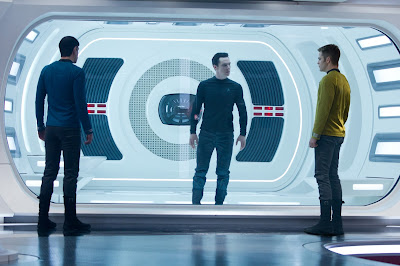 CONTENT OVERVIEW: Star Trek Into Darkness is rated PG-13. It has a few mild and moderate profanities, but language is not a major or consistent concern. In a ten-second scene Kirk is shown answering a phone call while in bed with two alien women (they're mostly dressed and nothing explicit is happening). In a different scene a woman is shown in a bra and panties for about one second. Two aliens french kiss with long snake-like tongues for about a second in a scene meant to be disturbingly funny. There's plenty of bloodless violence; the villain is ruthless in beating and shooting people, breaking a woman's leg and, in a disturbing moment, crushing a man's skull offscreen.
MESSAGES TO DISCUSS: There is no greater love than to offer one's life for one's friends (John 15:13). The needs of the many outweigh the needs of the few (1 Nephi 4:13). Inspiration comes as we give heed to both reason (mind) and emotion (heart), not one over the other (Doctrine and Covenants 8:2). Righteousness  is found in the pursuit of justice and peace instead of vengeance (Micah 6:8).
If you're interested, Paul Asay from Focus on the Family wrote a nice piece on the spiritual aspect of Star Trek, “Into Darkness…and Finding Light?” which you can read right here. If, after Star Trek Into Darkness, you're itching for another quality space adventure, check out Serenity, which is one of my all-time favorite films and was brought to us by writer/director Joss Whedon (The Avengers).

Now, prepare to have your mind blown. The actor who plays the dad in the Church video On the Way Home is named Robert Pine. In real life, he's the father of Kirk 2.0 Chris Pine. Whoa! 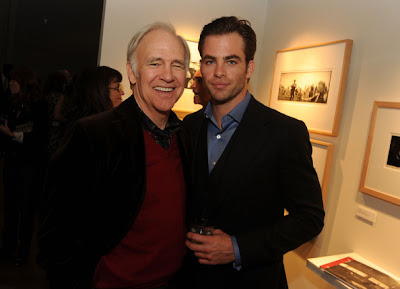 I've not read The Great Gatsby, the F. Scott Fitzgerald novel upon which this film is based, but any good film adaptation needs to stand on its own and in that sense this recent version is a shiny, gorgeous misfire full of talented people who've been much better in other movies. Director Baz Luhrmann is know for his hyper-stylized, kinetic film-making style, which served him well in the flamboyant Moulin Rouge, but doesn't lend itself to the type of heavy drama of Gatsby. Frequent tonal shifts, invasive use of modern hip hop music in a 1920's setting, and characters who come across more like broadly-acted caricatures derail the film early on. 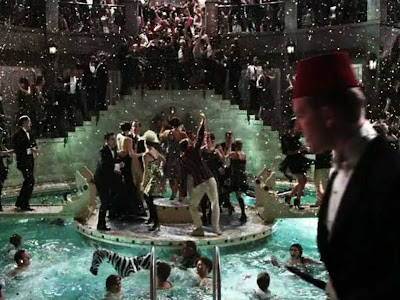 It finds some footing in the final act, allowing Leonardo DiCaprio (Inception), Carey Mulligan (Pride and Prejudice), Tobey Maguire (Spider-Man), and Joel Edgerton (Warrior) to do some fine work, but by then it's too little, too late. Luhrmann knows how to craft stunning visuals; the images and party scenes pop with life more than the characters do. The story is a real downer, and while tragic morality tales definitely have their place, without emotional realism it all plays out as depressing, soap operatic melodrama. I've heard the book is great, though.

CONTENT OVERVIEW: The Great Gatsby is rated PG-13. There are a handful of mild and moderate profanities, but no f-words; language is not a consistent issue here. A man is shot in the chest; a man puts a gun barrel in his mouth and, though the camera cuts away, we hear a gunshot. A woman is hit by a car, breaking the windshield. A man sits in one room while another man and a woman, both married to other people, have sex in the next room (we hear them but don't see anything). Men and woman drink alcohol and share drugs, dancing and passionately kissing, including on a bed, but this lifestyle is ultimately shown to lead to misery. A man and woman kiss in bed, with implied sex as we see the outlines of their bodies underneath the sheets. 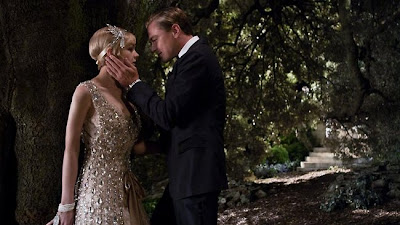 MESSAGES TO DISCUSS: Wickedness never was happiness (Alma 41:10). Adultery only brings heartache (Proverbs 6:32). Much sorrow comes from the pursuit of riches (1 Timothy 6:10) as well as persecuting and devaluing others due to financial/social status (Jacob 2:13-14), race (Jacob 3:9), or any other criteria. All secrets come to light sooner or later (Luke 8:17).