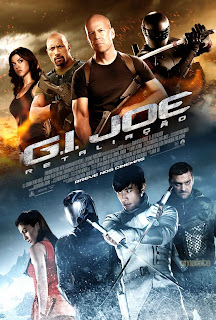 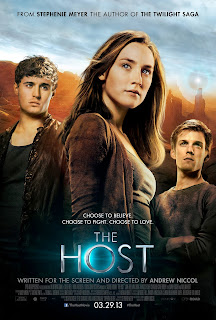 This week I take a look at the psuedo-sequel G.I. Joe: Retaliation (Dennis Quaid and Marlon Wayans were upgraded to Bruce Willis and Dwayne “The Rock” Johnson, which is an instant major improvement) and the Stephanie Meyer adaptation The Host. Are either worth your hard-earned cash? Read my reviews below! As a tribute to the simple pleasures best enjoyed by teenage males, G.I. Joe- Retaliation delivers the goods, even as it fails spectacularly in every other way. That there's fun to be had at all, of course, makes this a huge improvement over the first installment. Here's what you'll find in this enjoyably stupid sequel to the painfully stupid original film: an almost entirely new cast, ninjas, explosions, gunfights, underground prisons, butt-kicking grannies, a sword-fight on the side of a cliff, a major city completely destroyed, genuine athleticism, two attractive females, more explosions, jets, bomber planes, tanks, fistfights, Bruce Willis firing a big gun, martial arts, The Rock firing an even bigger gun, Jonathan Pryce relishing his cheesy villain dialogue, and more explosions. That about covers it. 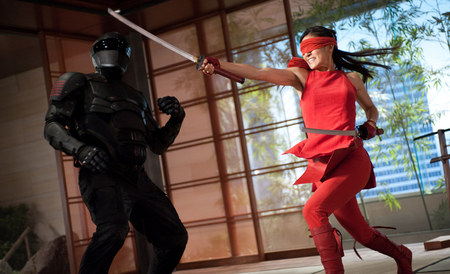 Here's what you won't find: action that obeys the laws of physics, a cohesive story, drama that doesn't unintentionally inspire fits of laughter, any regard for human life, intelligent screenwriting, the avoidance of action movie cliches, and characters defined beyond their looks, fighting skills, and/or the ability to be played by a celebrity. 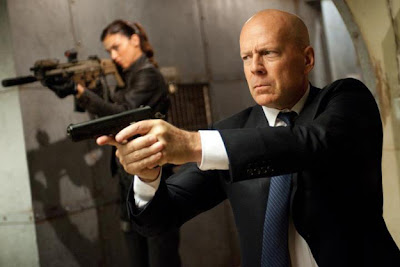 The movie is aggressively silly; its story is all over the map. It doesn't matter if you've seen the first one or not. This is literally like a child's play fantasy captured on film with impressive visuals and more violence, which is fitting since it's is based off of a line of Hasbro action figures. Like Andy's play fantasies in the Toy Story films (death by monkeys, force-field dogs vs tyrannosaurs, cowboys and spacemen vs pig dictators), GI Joe: Retaliation throws a bunch of disparate elements into a creative blender and comes up with immature fun that has no basis in the real world, emotionally, logically, or otherwise.

CONTENT OVERVIEW: GI Joe- Retaliation is rated PG-13. It has a few scattered mild-to-moderate profanities. The camera lingers on a woman in skimpy jogging attire, and later on the same woman in a slinky red dress, and again on a man watching her reflection on a TV screen as she changes clothes (obscured, in her underwear). There is plentiful action violence, with multiple deaths by shooting, stabbing, and explosion (though it's all bloodless).

MESSAGES TO DISCUSS: To protect our freedom, homes, and families, we are morally justified in using force to oppose tyranny (Alma 43:45-47).

THE HOST REVIEW (GRADE: B) 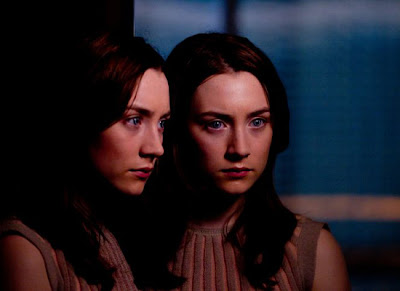 To give you a little background about me, I've never read a Stephanie Meyer novel, but so far I've not been a fan of the movies based off of her work (though the Twilight characters are helpful as case studies in various personality disorders and I thought the finale was okay). Thus, the film version of The Host had an uphill battle to convince me it was anything more than a poor man's Invasion of the Body Snatchers. I'm happy to report that, despite critics dumping on it all over the web, this reviewer found the movie to be a pleasant surprise, both as a love story and as smart science fiction. 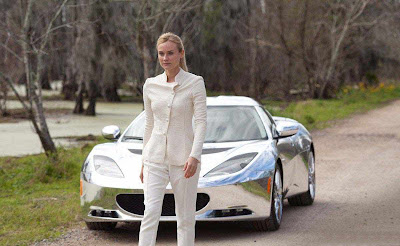 Credit must go not only to Meyer (she does borrow from Body Snatchers, but invests the premise with less horror and more genuine heart and soul) but also to director/screenwriter Andrew Niccol, who gave us the truly phenomenal films Gattaca and The Truman Show. Having never read the novel, I appreciate that Niccol's streamlined adaptation packs an emotional wallop (even if Meyer fans are already lighting up the internet griping about omissions from the book). 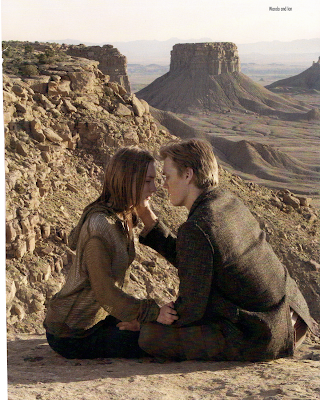 19 year old Saoirse Ronan (Hanna) carries the film with far more emotional dexterity than Kristen Stewart was allowed in Twilight. Ronan plays dual roles, both of which are strong and interesting (good news for those like me who found Bella Swan to be a maddeningly passive and emotionally unstable protagonist). She gets fine support from William Hurt (Robin Hood) and Diane Kruger (Joyeux Noel).
Though the film features the staple Meyer love triangle, male leads Max Irons and Jake Abel are halfway decent actors and neither of their characters is defined by shameless shirtlessness. The cinematography by Roberto Schaefer has a nice warmth to it, capturing both desert landscapes and impressive cave sets with artistic skill. Though the dialogue occasionally veers into sappy romantic melodrama and a few of the supporting performances are less-than-impressive, the film as a whole is poignant, thought-provoking, and benefits from a nice sense of humor. 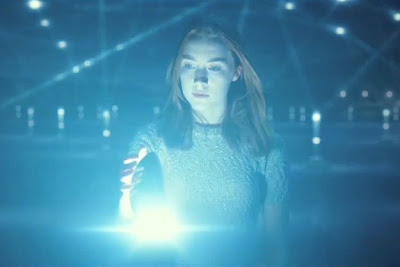 CONTENT OVERVIEW: The Host is rated PG-13. It has a few mild profanities. A man is shot in the head and is briefly seen on the ground in a pool of blood, people choose suicide over capture (a man shoots himself offscreen, a woman attempts to kill herself jumping out of a window, a duo crash their truck). A boy gets a bloody leg wound. There are several scenes of passionate kissing, usually only lasting a few seconds, but once lasting 15-20 seconds (this is a sensual dream sequence with a young man and young woman kissing in bed, he is topless and she's in a bra, though it's mostly obscured). A young woman tells a young man she'd like him to sleep with her, but in the context it seems that the request is literally about sleeping, not sex.
MESSAGES TO DISCUSS: To be complete, our spirits must inhabit bodies of flesh and bone (D&C 88:15). Peace means nothing without free will (Moses 4:1-4). The greatest love is to be willing to die for another (John 15:13; Alma 26:33-34). Doing good to those who wrong us can turn our enemies into our friends (Matthew 5:43-44).
MY REVIEWS OF OTHER FILMS NOW IN THEATERS:
The Croods
Admission
Oz- The Great and Powerful
Snitch
Jack The Giant Slayer